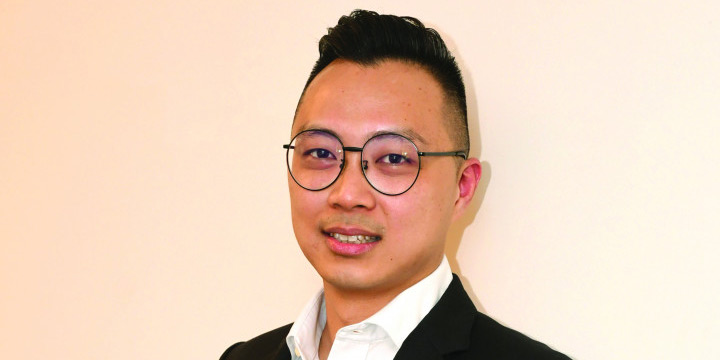 “Every day I woke up to a predictable life and no sense of satisfaction. I asked myself, what is the point? So I decided to take a leap of faith, quit civil engineering and try something else,” recalls Kevin Teh who is now Propstar Realty team manager. That “something else” turned out to be selling real estate.

That was seven years ago when Teh left a high-paying job as an engineer to become a property agent.

*This agent will be there even when the banks reject you

“I was with a large consulting firm (in New Zealand) for five years when I realised my career and pay were stagnant for some time. I found there was little chance for me in a foreign country to take my career to another level. So, I decided to pack my bags and go home to see what opportunities lie in Malaysia,” Teh shares.

He joined a local firm in Malaysia as a site engineer in 2010 but found little job satisfaction.

“It was a boring work routine and I did not see myself growing. There was an itch inside me to try my hand at sales so I explored different sales-related areas – insurance, property and unit trust. I took all exams, courses and training for all three but ended up picking unit trust and real estate,” Teh notes.

He started as a real estate negotiator with Reapfield Malaysia in June 2012. After 4½ years, he moved on to Propstar Realty, a boutique agency specialising in Kuala Lumpur’s Mont’Kiara property market.

“Choosing Reapfield was a right choice because it is a very established and systematic agency. You will be trained professionally. There were no hard feelings between me and my mentor and colleagues from Reapfield when I moved on to a smaller agency,” Teh reveals.

Today, he is a specialised agent in Mont’Kiara and Dutamas properties. His team is also slowly expanding its focus to Bangsar as both markets attract similar buyer groups.

“The property market was at its peak when I first started in real estate. Even a fresh guy like me could close a deal easily then. My first deal was a townhouse in

Damansara Jaya. The second viewer made an offer within a day. I was only three weeks old in the field then,” he recalls.

He describes that first year in property as a “honeymoon” period. “Closing four deals a month was a norm. It was a good time, but it was also bad because you tend to take things for granted when times are good.”

But from mid-2013, he began to see signs of a market downturn as deals were closed less frequently.

“Many agents and colleagues gradually left the industry. They could not maintain the lifestyle they used to enjoy as they did not prepare for rainy days,” he says.

The market downturn hit everyone with no exception. Teh had to start making cold calls which he never needed to do previously.

“When you really love what you do, you will try all ways to stay afloat. I arranged more viewings, invested more time on online listings, studied the market more and met more people to build my network,” he says.

Today, Teh has information about all the residential projects in Mont’Kiara at his fingertips and he is still closing deals regularly despite the market slowdown.

“Sales is like opening your own shop where you have to dump time and money into it. If you can stay through the down cycle, the market will reward you,” Teh says.