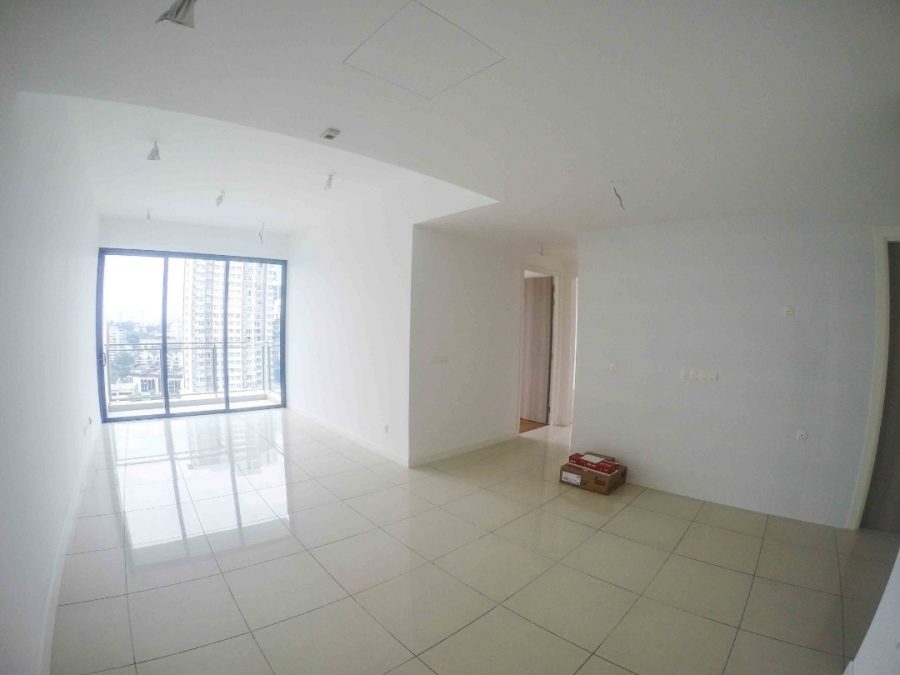 Developed by Hap Seng Land, Nadi Bangsar is one of the latest completed residential developments in Bangsar. The 38-storey development houses 416 serviced apartments with built-ups ranging from 441 sq ft to 1,130 sq ft.

Senior negotiator Kevin Teh of Propstar Realty, who concluded the deal, told EdgeProp.my that the seller is a property investor who owns a number of properties in the Klang Valley.

“He is the first buyer of this unit and did stay or rent it out. The unit is in a ‘developer handover’ condition,” Teh noted.

He added that the investor wanted to sell one of his properties and decided to unload the Nadi Bangsar unit (pictured) owing to the higher market demand for the development.

The buyer, meanwhile, is a foreigner who has been staying in Malaysia for many years.

“The buyer was my client, and I was appointed by him again earlier this year (2018) to look for a unit around the Bangsar area for his daughter who wanted to invest in Malaysian property.

“After showing them a few projects in Bangsar, they liked Nadi Bangsar the most as it is a newly completed project and located in a very chic environment, with hipster cafés and eateries in APW just a stone’s throw away,” Teh shared.

According to Teh, the seller was willing to sell the unit at slightly below the then market price (July 2018), which was about RM1.2 million to RM1.3 million for similar units in Nadi Bangsar.

Prices in Nadi Bangsar are reportedly holding up strongly.

Editor: To real estate agents — Have you just concluded an interesting deal? We would love to hear from you! Contact us at [email protected]